New Jersey the Song: Check out “All You Long For,” written by Matthew Hardy & Randy Klein, and sung by yours truly. Soon to be posted at www.NewJerseyTheSong.com. It’s the eleven o’clock number for the show we’ve been working on for a few years now. I think even West-coast folks’ll dig it!

About the show: Flambé Dreams tells the story of a young man from Preston, Idaho who comes to New York City to pursue his dream of becoming a great Maitre D like his father who was killed in a freak flaming bananas foster accident.

The demos are done and available at www.FlambeDreams.com.

Here are a couple tunes from this crazy show… 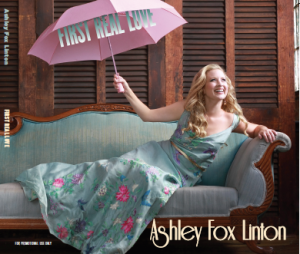 First Real Love: We recently received the promo copies of “First Real Love.” It’s exciting to have a final product in hand after all of our hard work. So, now we’re taking the next step to find the project a home. I’m beyond thrilled to debut these original tunes. 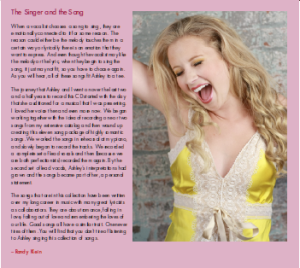 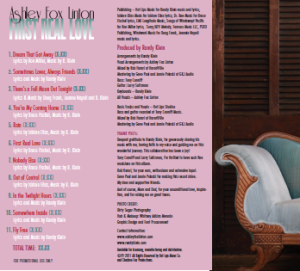 Les Paul, the creator of the legendary Gibson guitar that bears his name, would have been 96 years old on June 09th, 2011. Les’ son Gene Paul did the mastering for my album. I ate up all his stories of Barbra, Bette and Aretha in the studio. I mean, the guy recorded Bonnie Raitt’s “I Can’t Make You Love Me.” Such a treat! 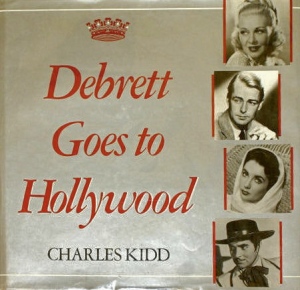 FUN FAMILY HISTORY: A very dear and thoughtful friend spotted this gem at the Strand Bookstore and kindly passed it along. My grandfather, John Marion Fox, is in the book along with my Aunt Ditty and others in the family tree of the Bennett sisters. The book is out of print. John Fox wrote an autobiography before he died that was never published. On my mom’s last trip to the city, we scoured out spots he used to frequent. Turns out, he lived only a few blocks from me! Funny how things come full circle.

“Tirana Jewelry” (a great find at the Crest Hardware Show in Williamsburg) and Lavish Lipliners for Less (my personal favorites) and ONEXONE Charity Friendship Bracelet for Rock This Style, and Creative Cookin’ in the Summer Sun and Eco-Fab Coffee Table Gobbles Garbage to Create Art for 24/Savvy.

ALBUMS: Steve Marzullo’s “Show Some Beauty.” One of my absolute favorite composers finally has an album of his own! It’s marvelous!

Adieu, adieu to yieu and yieu,